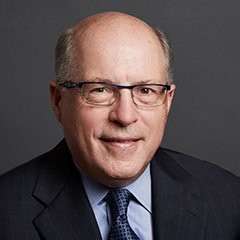 Mr. Lee possesses a mix of commercial and operational skills developed over a successful career spanning over 40 years at General Motors. Starting as a student intern in 1969 he held progressively senior roles culminating in being Executive Vice President of Global Manufacturing, President of GM International Operations, and Chairman of GM China.

In his role as Chairman, GM China, he was responsible for GM’s operations in the company’s largest market. During his tenure he led the team that helped make GM China a significant contributor to the earning power of GM, doubling the repatriated profits from the region and growing GM’s market share from 9% to 15%. Before taking on these roles, Mr. Lee served as President, GM International Operations and Executive Vice President, Global Manufacturing, with responsibility for over 100 countries and nearly 40% of the vehicles sold by GM.

After retiring from GM, Mr. Lee became a co-founder of the Hawksbill Group, a diversified business and communications consulting firm based in Washington, D.C. In addition, he currently serves as Chair of the Board of wejo Ltd and Motus Integrated Technologies, and is a member of the board of East Penn Manufacturing. He previously served as a board member for The Azek Company (fka CPG International), Exal Corporation, and Alliance Laundry Systems.

CONNECTIVITY PRIOR TO EMERALD LAKE